Glitz, glamour, sin, casinos, decadence, The Hangover- these are just a handful of things that come to mind when you think of this world famous centre of excitement. It’s even spawned the infamous phrase- “What happens in Vegas, stays in Vegas.” On the Coyote Trip, our tours in Las Vegas give you a dose of the magic of Sin City. You can explore the infamous Strip, marvel at the neon majesty and even put on a bet or two. One thing is for sure- you’ll never be bored in Vegas…

If you visit Las Vegas today, you can’t but be struck by the sheer size, glitz and glamour of the place. The whole city is a neon paradise filled with all different guises of entertainment and packed with temptation. But how did this city in the middle of the desert become a by-word for excess and excitement? This deep-dive on Vegas explores the extraordinary story of a place that’s become world-renowned. It’s a tale of mobsters, billionaires and crime and like all things Vegas- it’s almost unbelievable.

Let’s rewind back to the turn of the 20thcentury and Vegas was all set to experience it’s first boom years. In 1905, the town was a backwater amidst the desert having been named Las Vegas by 19thcentury explorers- it had briefly played host to the Mormon community, but it was hardly a major player on the American scene. All that was soon to change as it became an important rail road stop on the way from Los Angeles to Salt Lake City. The city was then founded and started to grow with increasing number of railroad workers setting up home. The state of Nevada banned gambling in 1910 but that didn’t stop Vegas become known as a city of illegal activity and organised crime.

This reputation only increased with the emergence of a whole new series of clients namely the workers who were building what became known as the Hoover Dam. These mainly male workers were worked hard in tough conditions and were looking for somewhere to blow off steam. Las Vegas stepped up to the mark and developed casinos, entertainment venues and other avenues for the young men to enjoy. In 1933, production ended on the Dam but it became a tourist site and Vegas reinvented itself once again and sought to attract tourists to the city.

In the 1940s, nearby Los Angeles cracked down on gambling and crime which led to a movement to Vegas and a growing mobster scene. The mob starting to buy up casinos and the city’s reputation as a den of vice and “Sin City” continued to grow. More and more hotels popped up and more and more casinos – often funded by mob money.

The dominance of the mob was soon to be threatened by a growing clamp-down from the Kennedy administration and the ambitions of Howard Hughes. Hughes brought a series of hotels which he aimed to turn into resorts and to stamp down on the criminal culture that had permeated the city. Hughes had been inspired to buy the hotels after spending 4 years living in the Desert Inn. This was a part of the changing culture of Vegas. A culture that had been damningly portrayed by Hunter S Thompson in his novel Fear and Loathing in Las Vegas. This novel highlighted the differences between ordinary life in Vegas as opposed to manufactured image purported by the tourism boards. The federal government continued to pressure the mob-owned hotels and the city became increasingly above-board. Tourists continued to come in their droves and Vegas also became known as somewhere for artists to perform with the likes of Elvis and Sinatra entertaining fans there.

The mobster owned casinos started to get pushed out and as the 1990s came into view- the trend towards mega resorts was increasing. Steve Wynn created the mega hotel and the huge, decadent hotels on the Strip started to dominate. Vegas now has something for everyone from golf courses, gourmet dining, nightclubs, theme parks, star performers and, of course, casinos!

Vegas today may be very different to the Vegas of the 1930s which welcomed the workers of the Hoover Dam. However, it still appeals to people who are looking to escape their day to day work and remains a place where temptation and excitement predominate. On the Coyote Trip- we discover the best of what Vegas has to offer on our 21 day American adventure, our 9 day Canyons to California tour and our 16 day coast to coast trip.

The Strip -This 7km stretch of Las Vegas Boulevard plays host to an array of the world’s most gauche, in-your-face and outrageous hotels. This is where Vegas dreams are made and there’s something to satisfy any craving you may have. Wandering up and down is a sight in itself and be sure to check out the delights within the various hotels.

The Hotels- At The Coyote Trip, we have a few favourites – there’s the Ancient Egypt themed Luxor, the permanent festival of fun at Circus Circus and the Prince Arthur themed fun of Excalibur. All these hotels do not lack inhibitions and there’s a whole series of adventures to be had by just wandering through them. If you are a rollercoaster fan then there’s a tonne of rides to discover. If relaxing by the pool is more your vibe- then you can check out any number of the Strip’s pool parties or take advantage of the myriad of dining options. Our Coyote unmissable experience on the Strip is seeing the fountain show at the Bellagio. This decadent, 5 star, Italian style hotel plays host to elaborate mosaic floors, boutique stores and Italian gardens as well as putting on a truly wonderful fountain show every day.

Hoover Dam- This incredible feat of engineering is a true testament to man’s powers of ingenuity and has been attracting visitors to marvel at it since it’s opening in 1935.

Caesar’s Palace – Live like a Roman in this truly remarkable tribute to Ancient Rome. It might upset a few classical purists but it a quintessential Vegas experience and has played host to Sinatra, Cher and Shania Twain.

Downtown- On the Coyote Trip, we like to see more than just the headline acts and you can head downtown to Fremont Street which plays host to a fascinating mobster museum, some of the city’s hippest bars and yes, you’ve guessed it, a whole load of casinos!

Casinos- You can enjoy Vegas without putting on a bet and we’d advise betting with caution! If gambling is your thing then you can enjoy any one of the 136 casinos in the city.

Vegas Sign- You can take a free tram to Mandalay Bay from Excalibur and then walk to the infamous sign welcoming you to Fabulous Las Vegas. We’d recommend going early in the morning as it can both get busy and very hot! 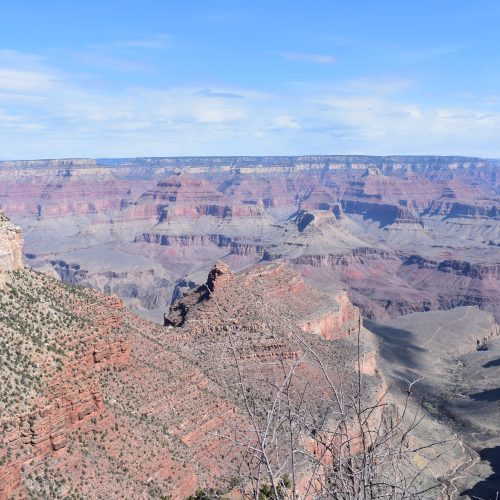 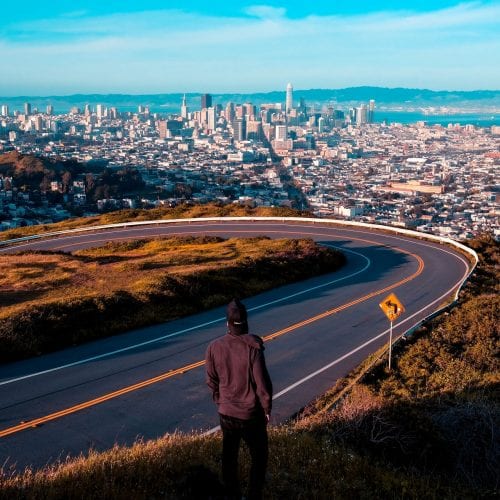 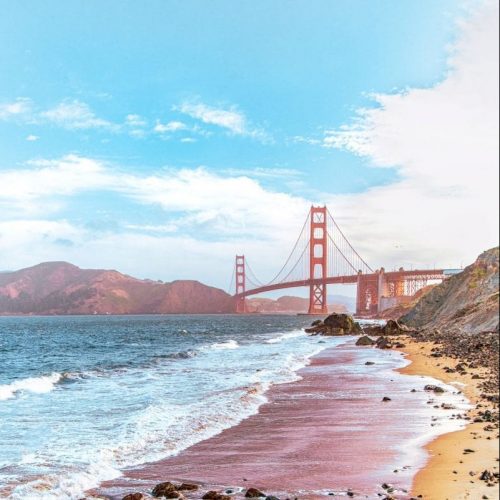 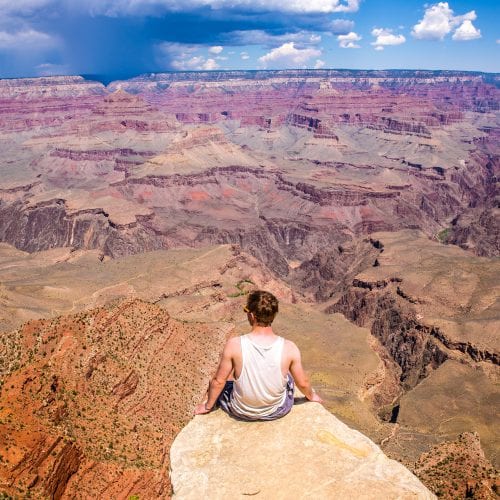 8 Days
Las Vegas to Los Angeles
From the glitz of Vegas, the desolate beauty of the Grand Canyon to the star-studded city of L.A.
View trip